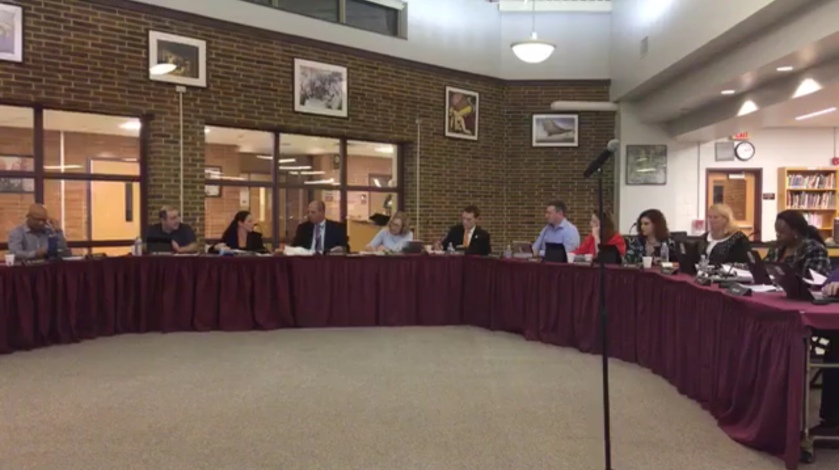 ABOVE: From Citizens’ Media TV’s Footage of the Moorestown Board of Education livestream on September 25, 2018

A letter to the editor by Russ Smith of Moorestown, NJ

Below is an email that I received (Jeff Epstein, Editor-in-Chief of CMTV, and the person who filmed this event), which was also sent to every Board of Education and Town Council member in the town of Moorestown, New Jersey. It is in response to what the Board President and Solicitor told me at a livestream I recorded at a BOE meeting earlier this year: That relaying comments from our livestream viewers during the public comment session would no longer be allowed. To be specific, this was said before the lifestream began that night (as I was setting up my equipment).

This is the only public body that has required this, out of the (very roughly) twenty that we have done livestreams for over the past two years.

The following is from the description of our Moorestown Board of Education livestream on September 25, 2018. (Note “last month” is incorrect. The comment was copied from a meeting from a few months ago, when the requested was originally made.)

NOTE: The Board President and solicitor told me that NO “proxy” comments or questions will be accepted. They stated that this is because there is no way to know if anyone is misrepresenting he selves, and also that public comment is intended for people to directly submit their statements in person, not “pass along” as we did last month. It was also stated that there was a concern of what to do if there were so many comments that it didn’t fit into the five minutes (allotted to me as an individual)? The president stated that the board felt “caught off guard” when I submitted comment in viewers’ names last month.

From: Russ Smith
Date: October 10, 2018 at 08:48:21 EDT
To: [All Board of Education and Town Council members, in Moorestown, NJ], citizensmediatv@gmail.com
Subject: Public Comments Requirements - School Board

TO: Moorestown Board of Education
(Please send this to all members)

I am Russ Smith, a property owner on Meadow Drive. As you may know Moorestown has authorized a lawsuit against the residents back here by a developer who wants to put up a 4-story rental building with 75 units 125 ft from my home. Moorestown authorized this project in spite of a deed restriction that required a half acre per home. Several citizens have challenged the zoning and Planning Board approval. As a result the Planning Board is now counter-suing the residents for the Planning Board legal fees.

During this process Moorestown told residents they weren’t actually being sued in an attempt to get people to default on the lawsuit (https://www.youtube.com/watch?v=YR1d_S0zO00). When that didn’t work they told us we should not fight the lawsuit because it “good for Moorestown.” When that didn’t work they accused us of racism and “trying to keep poor people out.” It seems rather strange to me that Moorestown Republicans would be pursuing a Communist agenda so there must be some other reasons for these actions. As a result of all this I am investigating all the various Boards and Commissions and their various members. I note the law firm for the School Board also represented the developer before the Planning Board trying to put up a 4-story building 125 ft. from my home.

As I understand it 3 reasons were provided to deny the public comments:

In order to resolve these issues I request the Board: