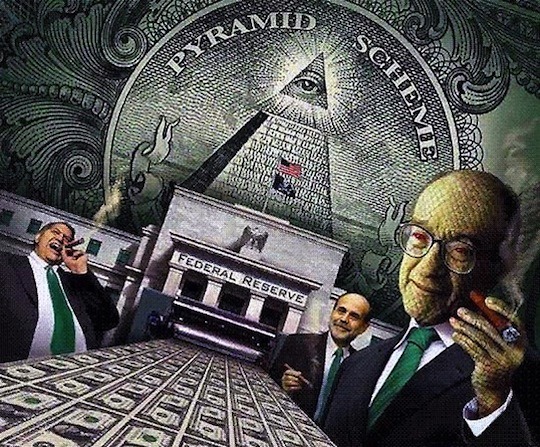 A letter to the editor by Wayne Lewis of Galloway NJ

Editor’s note: Wayne Lewis is the Democratic nominee for Assembly in New Jersey’s 9th legislative district and is an independent researcher on complex adaptive systems, evolutionary processes, and collective choice. He is focused currently on post capitalist economics. Wayne and Jeff Epstein (the editor 🙂 ) were fellow state delegates for Bernie Sanders during the 2016 Democratic National Convention. I interviewed Wayne in 2016.

Who creates our money supply, and how is it created? Most of us have little or no idea. It turns out that today, in the United States, the vast majority of our money supply is created by private banks when they make loans. In our constitution, we the people reserve the right to create money for the congress of the united states. Our founding fathers understood as did such banking pioneers as Mr. Rothschild the power of money creation, and yet we allow the private banking system to create money at will.

“GIVE me control of a nation’s money supply, and I care not who makes its laws.” So said Mayer Amschel Rothschild, founder of the Rothschild banking dynasty.

Here is an excerpt from Richard Werner’s seminal paper of 2014 which demonstrates empirically, rather than the usual process in neoclassical economics of asserting unprovable (and also empirically false) axioms and using them to deduce theorems, that banks DO create money out of thin air through credit creation.

And so it becomes evident, as before stated, that the deposits of the banks which give the commercial community the right to draw cheques are chiefly created by the action of the banks themselves in lending, discounting, and investing (pp. 71 ff.).

… then, it thus appears that credit is the machinery by which a very important part of modern currency is created … (p. 72).

Withers argues that the sovereign prerogative to manufacture the currency of the nation has effectively been privatised and granted to the commercial banks:

By this interesting development the manufacture of currency, which for centuries has been in the hands of Government, has now passed, in regard to a very important part of it, into the hands of companies, working for the convenience of their customers and the profits of their shareholders.

But why is money creation so important?  Money creation is so important precisely because among the many properties of money, one of them is that in our market centric economy in which all raw materials, means of production, and human labor come with price tags affixed, money is the primary driver in organizing human activity. Money…is concentrated choice.

Hence, when we ceded exclusivity of the right of money creation to private banks, we ceded along with it, the right to choose how human activity is organized through lending practices. This means that private banks, with legally chartered fiduciary responsibility to make decisions on the basis of the Friedman doctrine which states that the only responsibility of executives and board members is to maximize the creation of value for their shareholders, are almost entirely responsible for choosing how human activity is organized.

Let this sink in…

This means that right now in the US and by extension the world given US Hegemony, human activity is organized around the maximization of value for shareholders of banks. You, Me, and the biosphere itself are slaves without chains, working for the benefit of bank shareholders. Does this sound like what our founding fathers meant by liberty and the pursuit of happiness? Liberty for who? Not you or me it appears. When most human activity is organized for shareholders, whose happiness are we really pursuing? Take a drive through the Hamptons or Martha’s Vineyard sometime and you can answer that question for yourself.

As long as we have a market centric economy, money creation is the power to choose how nature ( including us) is organized. It is important to distinguish between well functioning mostly local markets indeed do a pretty good job of fair distribution of genuinely scarce rivalrous resources and goods, and global financialized markets which feature highly convoluted relationships between supply and demand such that they can in no way be called well functioning. In the former, price is a pretty good indication of the balance between the supply of and demand for a scarce resource ( although I, and many others, argue elsewhere that price is still far too narrow a metric to sustainably control usage). In the latter, given the deep interconnections between commodities and the extreme derivatization of assets price measures almost entirely speculative appetite for derivatives rather than supply and demand for underlying goods. This decoupling leads to all manor of pathologies, perhaps the most well known being speculative asset bubbles.

Ultimately, we need economies in which markets, commons, household/community, and government play appropriate roles. We are surrounded by overwhelming empirical evidence that totalizing systems like state socialism (government only) or “free market” capitalism in which governments are de facto servants of (dysfunctional) markets are pathological in a wide variety of ways. For a fine discussion of this see “Donut Economics” by economist Kate Raworth. But in the short term, during a great transitionary period we must ensure that markets serve the needs of ALL, not the elite minority who are owners of capital.

To this end, the power to organize human activity, and provision resources must be torn from the greedy clutches of private banks and returned to democratic control. A rough sketch would be the formation of an independent body with congressional oversight, a public central bank together with a national network of regional and local public banks, with the exclusive right to money creation. Given the crises we face, this institution could be used to financially administer  a ” Green New Deal” focused on relocalization of production of food (regenerative agriculture) energy (primarily based on networked microgrids of rooftop solar and small scale wind), and durable goods (centered around local maker spaces and a free and open global design commons), and efforts to regenerate many of the intact ecosystems we have degraded through overconsumption adapted everywhere to place with decision making on specific implementation under the guidance of local stakeholders.

This does indeed mean an end to banking as we know it, and there will obviously be a great deal of resistance from extremely powerful organizations to such a transition, but our very survival depends on it…there is no other viable option. This doesn’t mean that those currently employed in the banking “industry” will be out of a job as most of them do have skills that will be needed in the new banking system as well, but it does mean the golden goose feeding the shareholders of these institutions will be beheaded and served for Sunday dinner.

If we want to begin to address the suite of existential crises facing humanity including the 6th mass extinction event, climate change, the digital attention wars, and weaponized AI to name a few,We must reclaim the power of choice for the many not the few. Tell your elected officials it is time for money creation to be the exclusive right of an independent democratic body with congressional oversight composed of demographically representative juries much like a grand jury. This is not a panacea, but an essential step in building a deeply participatory democracy.

While I agree with Modern Monetary Theory (MMT) theorists on the vital points that modern money is debt (that is, an I.O.U.), and that the federal government DOES NOT finance spending through taxation, there are other conclusions i take exception to. Relevant for this piece, is the fact that credit creation by private banks has been empirically verified (first by Werner in 2014) and the test in question contradicts both fractional reserve and intermediary theories of banking. As such, if we apply the knowledge of MMT without removing the power of money creation from the hands of private banks, we fail to address some of the primary issues discussed in this piece.