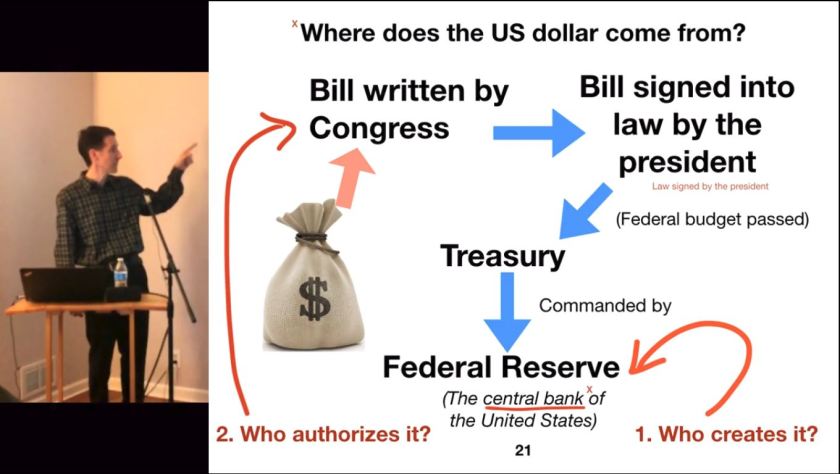 By Naked Capitalism reader and contributor Jeff Epstein, aka aliteralmind. Jeff is a progressive writer with Citizens’ Media TV (you can find him on Facebook, Twitter, and on the web). In 2016, Jeff ran on the ballot with Bernie Sanders during the 2016 Democratic primary and was a pledged state delegate for him at the DNC. He currently serves as a Democratic County Committeeman. Originally published on Citizens’ Media TV.

I was politically asleep for four decades before discovering Bernie Sanders in August 2015. For the next two and a half years, I kept asking the question, “So why don’t we have all the things Bernie says we need to not die?” In February of 2018, I got my answer: Modern Monetary Theory, or MMT. People are so miseducated on how the economy works that almost all of us are thoroughly convinced that our (federal) government genuinely cannot provide what we need to survive. Because of this, we are consistently tricked out of getting what we so desperately need. This is best exemplified by federal representatives who ask their constituents, “Yes, but how are we going to pay for it?”

In late June 2018, I introduced MMT in public for the first time to progressive comedian and video journalist Graham Elwood. We recorded the discussion the day after Alexandria Ocasio-Cortez defeated Joe Crowley in the Democratic primary in New York’s 14th district. (I later learned that Ocasio-Cortez did not discover MMT until the month after I did!) Although quite a primitive presentation, it was a special experience. The video was highlighted by many visible light-bulbs from Graham, and laughter by both of us (“We’re now going to take a quick break so I can put some ice on my skull…”). It was very well-received and, at the time, was one of Graham’s more popular videos. Here’s a followup video where I answered some of his questions a few weeks later. Finally, here is a growing playlist containing all of Graham’s MMT-related videos, including interviews with MMT economists Steven Hail and Fadhel Kaboub.

My original appearance with Graham was the seed which would become my first formal presentation, given at the Second Annual MMT Conference in New York City in September 2018.

Today, I am releasing a brand new, completely rewritten version of this presentation. Although proud of every iteration, I think viewers will find this latest one to be more professional, interesting, and insightful. I also had the pleasure of watching the presentation through with Graham, who stopped the video to give commentary and ask questions throughout. The version with Graham is below. Here is the transcript and full slide deck (~48 MB PDF). The videos played within the presentation can be found at the appropriate spots within the transcript.

As always, if anyone has feedback or suggestions, I would be grateful to hear them.

With live commentary by Jeff and Graham

To learn Modern Monetary Theory (MMT) here are many resources to get started.