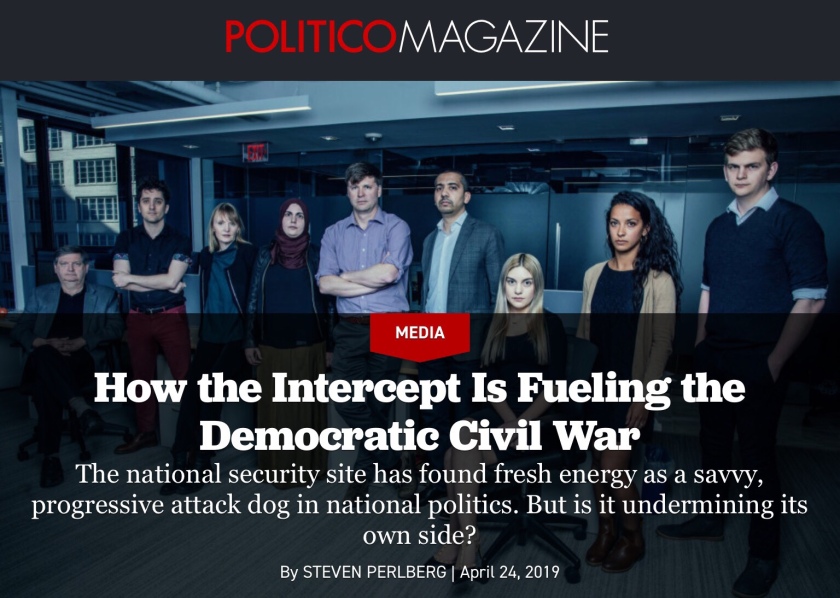 (This post is in response to the April 24th, 2019 POLITICO article: “How the Intercept Is Fueling the Democratic Civil War”)

No. What’s “fueling the Democratic Civil War“ is the vast majority of our federal representatives who would rather be legally bribed into millionaire-dom by billionaires, than to prevent and stop the suffering of tens of millions of people.

The United States is the richest country, the most resource* rich nation, in the history of the world. They have more than enough to provide for all – not luxury! just stop their suffering! (The two sentences in this paragraph are what Modern Monetary Theory (MMT) demonstrates. Everything else in this post are the conclusions I draw after learning it.)

Our federal representatives (cough, “representatives“) choose to withhold that abundance from the people, leaving them to fight over the scraps. It forces us to be terrible to each other (and to our families, ourselves, and the environment) just to survive. As for the bribers, they pay our government to not provide what we need to not die, so they can profit off of our suffering instead.

Our government manufactures scarcity. They pretend that they really want to provide these things for us, but somehow they just can’t (“We must be fiscally responsible!”) – and that even if they could, they wouldn’t know how to do it anyway (“How are you going to pay for it!?”).

The Intercept’s reporting on corruption is not “fueling a Civil War,” it’s exposing a Civil War that is and has been, for all to see. Their promoting those that refuse to be corrupted, helps the public envision what our government could be, giving us hope and something to strive for.

This POLITICO article is a signal to The Intercept’s billionaire backer to reign these “troublemakers” in – something he could do at a moment’s notice. I could not be more grateful for what The Intercept does. Thanks to this borderline hit-piece (accurate as it goes, but with a clear agenda to harm the publication), I am now the newest non-billionaire financial backer of The Intercept at $100 a year. Consider joining me.