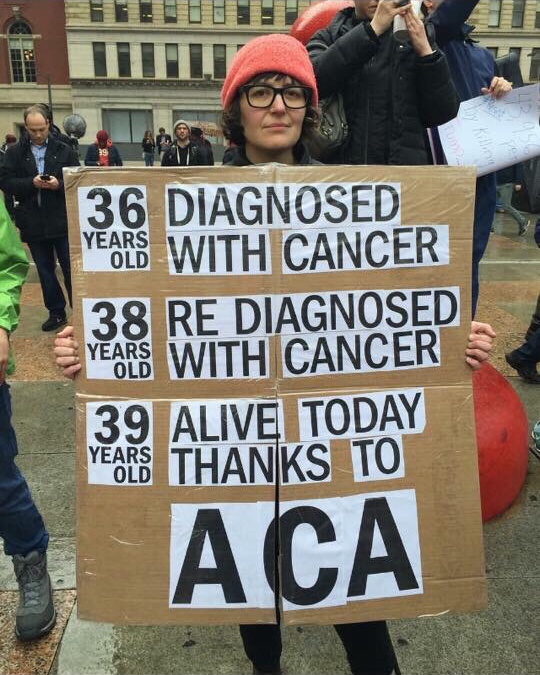 Photos in this letter were provided by the author.

A letter to the editor by Kathleen Pulver, Medford, NJ

I am not celebrating the one-year anniversary of the vote to repeal the Affordable Care Act (Obamacare) that Tom MacArthur enthusiastically supported.

I am also not celebrating the four-year anniversary of my daughter’s cancer diagnosis this month.

Instead, I mourn both of these dates.

I also live with those fears. The fact that she could become one more of the 4 million who have lost access to health insurance since the onslaught of the Republican attack on the ACA is very personal to me and to all of those who love my daughter.

We all know that the ACA was never the perfect solution, but many millions of people benefitted from the law with preventative health care, protection for those with pre-existing conditions, allowing children to remain on family policies longer, while beginning to bring down the number of uninsured.

However, Republicans like Tom MacArthur have not passed any legislation to improve on the weaknesses in the law. Instead, along with the current administration, they have taken actions to make the weaknesses worse and have taken no action to provide an alternative.

News flash: people who do not to have insurance still use the health care system, most often in the most expensive way- the emergency room, and also late in the stages of an illness-because they could not afford to go to a doctor without insurance.

My daughter was a healthy 36-year-old who had returned to school to get her MSW. She was working and had just begun a private practice working with very vulnerable populations in Philadelphia. Luckily, Obamacare went into full effect and she was able to purchase insurance. Three weeks later, our world changed with her diagnosis of cancer. If there were no health insurance, our world would have imploded in many more ways.

Because I am a mother fighting for my child, I have chosen to support the candidate running against Tom MacArthur. Andy Kim understands what it feels like to have a child facing illness and an unknown, costly medical future. Andy Kim would never have voted to strip access to affordable health care from 300,000 New Jersey citizens in order to support the Trump-Ryan agenda. The health care issue is a complex tangle, but is must be solved by people like Andy Kim who care about all constituents, not just their wealthy donors.

I hope people will learn about the healthcare situation in our country and that they will learn about Andy Kim. There are many big differences between his values, beliefs and platform and those of Tom MacArthur. Sadly, it seems to come down to caring about people or caring about money. Vote for change in November this year!