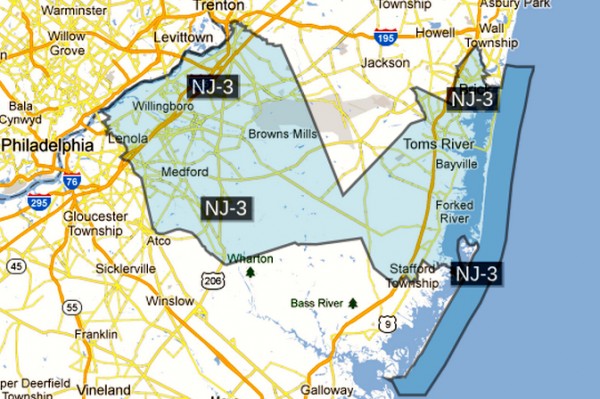 A letter to the editor by Rosemary Lerario of Eastampton, NJ

Recently, stories have appeared in local media (e.g., NJ.com) touting Tom MacArthur’s (R-NJ3) record for “Constituent Services,” citing a handful of examples attempting to paint MacArthur in a positive light. In reality, Constituent Services is a glaring shortcoming, and brings to light his failure as “representative.” He doesn’t represent the 3rd District. He picks and chooses who to represent, using situations that will score points in the media, and will look good on his Facebook page.

He hasn’t represented our district in a very long time. He refuses to do town halls. The last one was in May 2017. He will only show up for occasional tele-town halls, call in radio programs, anywhere he can gain publicity but avoid talking directly to us, and control the dialogue. He doesn’t answer questions. He and his staff attack those of us who don’t agree with his positions as leftist radicals, and paid protestors.

Meanwhile, the millionaire from Randolph NJ has supported the President’s dangerous policies 94% of the time, including the most harmful to our citizens: Conceal and Carry Reciprocity, resurrection of the Republican health care bill which would’ve been devastating to so many, and the tax bill which hurts New Jersey more than almost any other state.

That’s why I am wholeheartedly and enthusiastically supporting Andy Kim, a man who believes that a rising tide lifts all boats. He has listened to the constituents of the Third District in his young campaign more than MacArthur has in two terms. I’m voting for a public servant, Andy Kim. Join me!