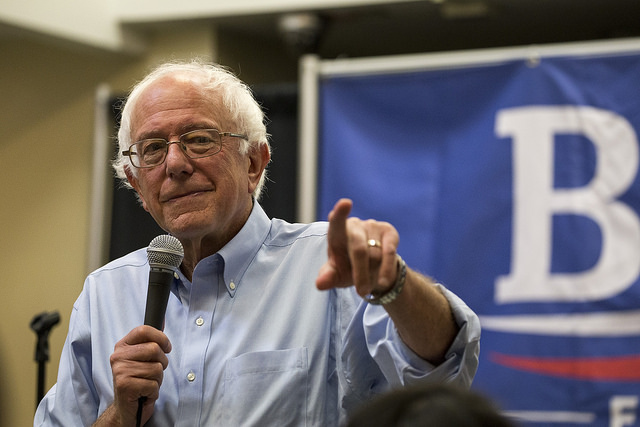 An editorial by Jeff Epstein, Editor-in-Chief of Citizens’ Media TV

As a supporter of Bernie Sanders and his policies, I am often told by Democratic friends that we only have the following two options:

Option one: Demand better, get the worst.

If you do this, then you are dividing the party and guaranteeing that Republicans win. The result is hell on earth. Genuine suffering for years. And it’s your fault.

Stop demanding anything better. Realize that Democrats are so much better than Republicans. “Unify” around a candidate that depends on big money and will not fight for Medicare for All. “Let’s just get through this election cycle and then we’ll talk about it. We promise.”

The result is that maybe – maybe – we eke out a close win. Our victory is that we have prevented things from getting worse.

No matter which option we choose, things never get better. This “wait until next time” turns out to be an infinite delaying tactic. The cycle never ends.

Demanding better does not cause worse. A party that cares more about the needs of its big donors than the people it pretends to represent, a party that actively sabotages candidates that demand better – that’s how Republicans win.