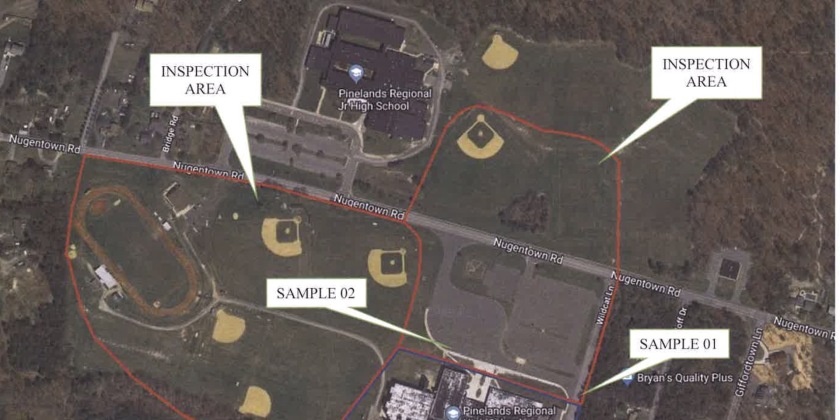 This letter is in regards to the testing of the fields at Pinelands Regional High School and Middle School.  After seeing the results from the High School Debris Perimeter testing (test dated 11/27/2017) we became even more alarmed for our son’s health.  The bulk samples that were taken showed high levels of Chrysotile (25.8% and 28.2%).  This is available on the school’s website.

Editor’s note: the people being referred to are:

We did tell our son about these results.  We told him he was not to step foot on any of the fields or anywhere on the high school property.  There were NO results on the website for the fields that were to be tested per the instruction from Dr. Banks.  We called Dr. Banks to find out where those results were.  At this time our son was supposed to be starting winter track.  We were very concerned as we know they usually use the high school to practice.

On Tuesday November 28th, our son came home and told us that his coach was taking the track team over to the high school to practice.  My son spoke up and said he was not going over there.  The coach asked why not and my son told him that there is Asbestos over there.  My son waited in the parking lot as the coach took some students in the high school building to get the equipment.  They then went back to the Middle School to practice.

We again called Dr. Banks and again she was not available, and we were directed to speak with the Athletic Director.  We explained to him that we did not understand why the coaches were taking the children over to the high school for practice, when the results that were posted showed high levels of Chrysotile.  He stated that he did not know about these results, and was told that everything was okay, and he would not stop taking the children there, until he heard from the people over his head.

We then sent an email to Dr. Banks, Mr. Banin, and Mr. Pschorr stating what Mr. Sundermann had stated.  We told them that this is not acceptable, and that the fields should be closed until they had the results from the testing that was to be back by November 20th.  After several emails to them Dr. Banks responded that she was closing the fields until she received the test results that she was waiting for. We continued each day to email Dr. Banks for these results as the were way over due.

On December 1, 2017, I once again sent her an email, her response was “I have not gotten a response from TTI despite several requests over the last 3 days”. I responded back to her my dissatisfaction. I then placed a call to TTI and was transferred to a gentleman named Jim. I left a message on his voicemail, I also sent an Email to TTI asking for results.

Several hours later we saw results posted on Pinelands website dated December 1, 2017 High School Ground Testing. This letter from TTI states that the results are from a Visual Inspection performed on November 28, 2017. Our question is what happened to samples and results that were due on back from TTI on November 20, 2017? Why are those results unavailable?

Regarding the November 28, 2017 Visual Inspection, why weren’t any ground / soil samples taken? Furthermore, how can 2 people inspect such a large area for asbestos, only doing a visual inspection?

There could be micro-fibers in the soil which are not visible to the naked eye. The fields are vast. Although any one spot may have a smaller amount of contamination, it has the potential to add up to something very significant.

Further testing must be performed and results analyzed before allowing anyone to be on those fields. We need to see the results that that were due back on November 20th.

Our children need to be safe and not put in anymore danger. Each day seems to open itself to new findings and more questions. We all need and demand answers. 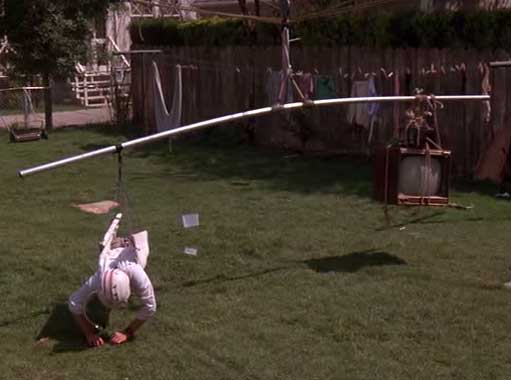 Editor’s note: The opinions in this letter are those of the authors only. The joke-image was also provided by the author.