Attorney Tricia M Caliguire served as Special Counsel to Lumberton Township, exclusively for dealing with issues related to the MUA. In June, Governor Chris Christie appointed her to a judgeship, a position that requires her to stop all private law practice. She resigned from the special counsel position on July 14, and the township tonight appointed a new special counsel to take her place. The new counsel is Murray Bevin of Bevin, Mosca & Guiditta, P.C., whose term begins immediately, and runs through the end of this calendar year. 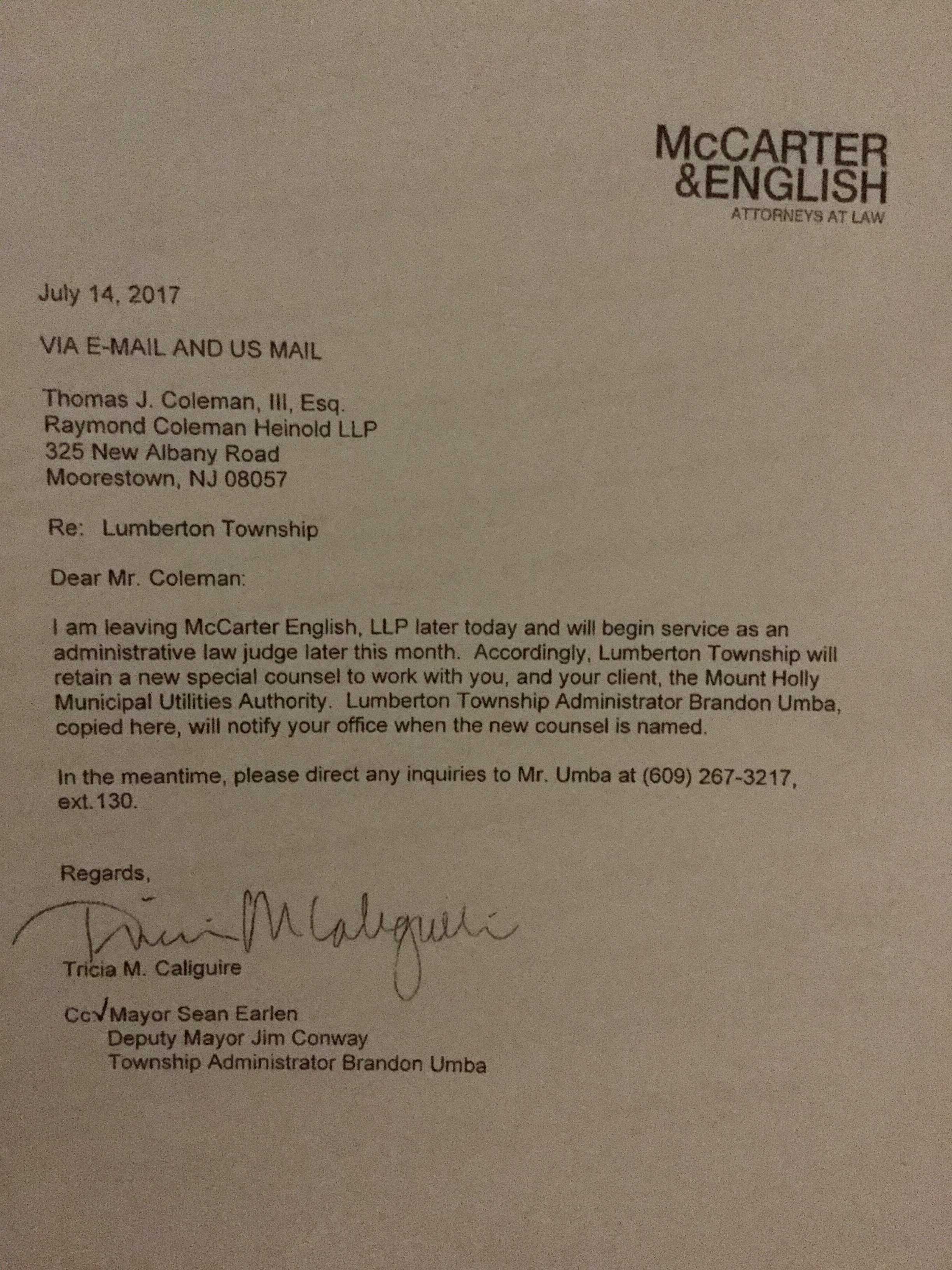 Reports that Lumberton has stopped retaining their counsel because they have no valid case to pursue is inaccurate. Mayor Sean Earlen made a point of saying that the township is continuing to aggressively pursue the matter. 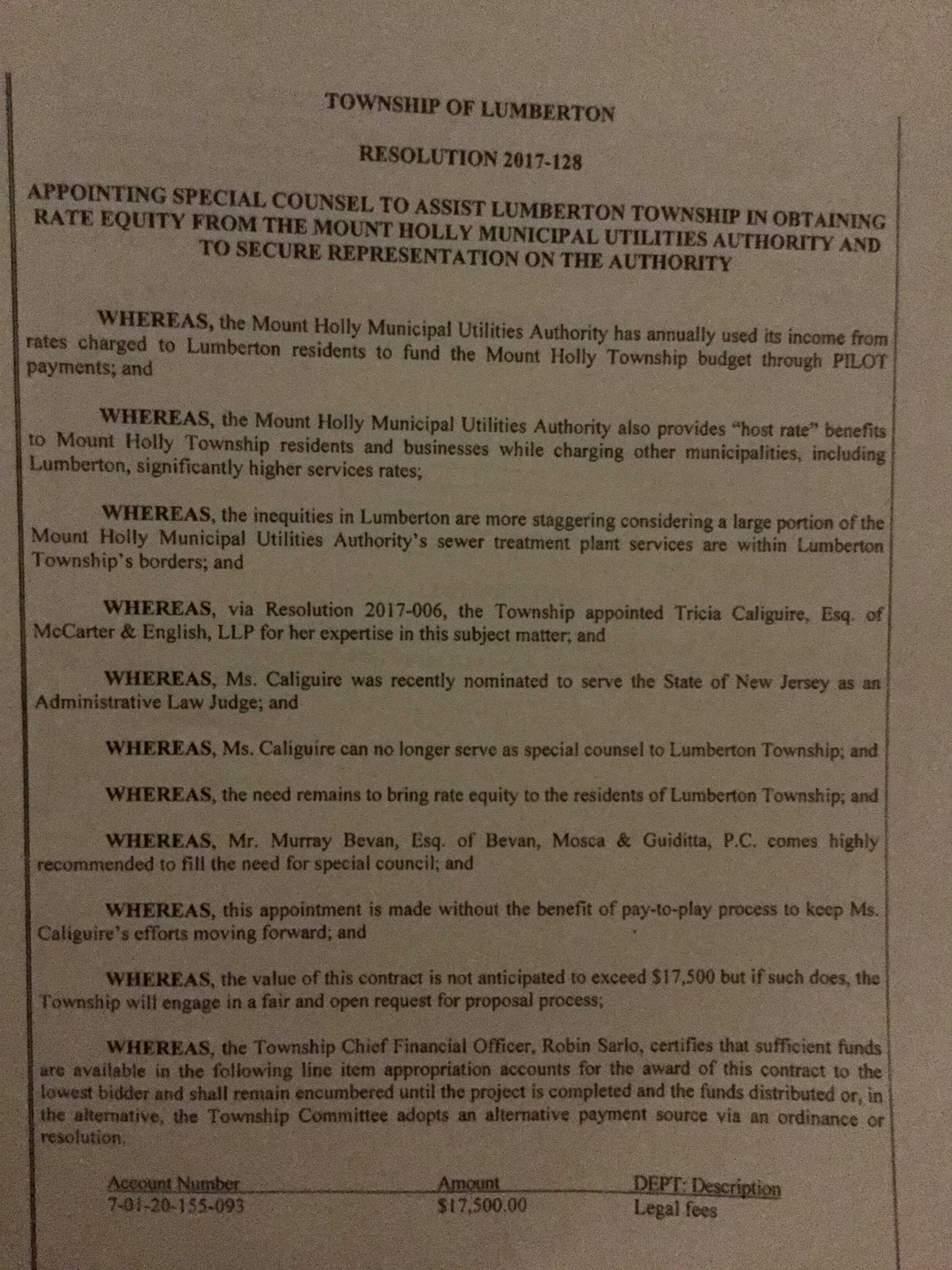 Outstanding 2016 bills being paid “in protest”

The council noted that there were multiple MUA bills that the township has so far refused to pay. These bills are specifically for the water in the township building and some bathrooms in public spaces. It was stated that these bills add up to around $500 a quarter.

Tonight it was decided that all 2016 bills would be paid “in protest” but that no 2017 bills would be paid. It was also stated that there are no penalties on any of these bills, and that the new special counsel would be sending a letter to the MUA to express the protest.