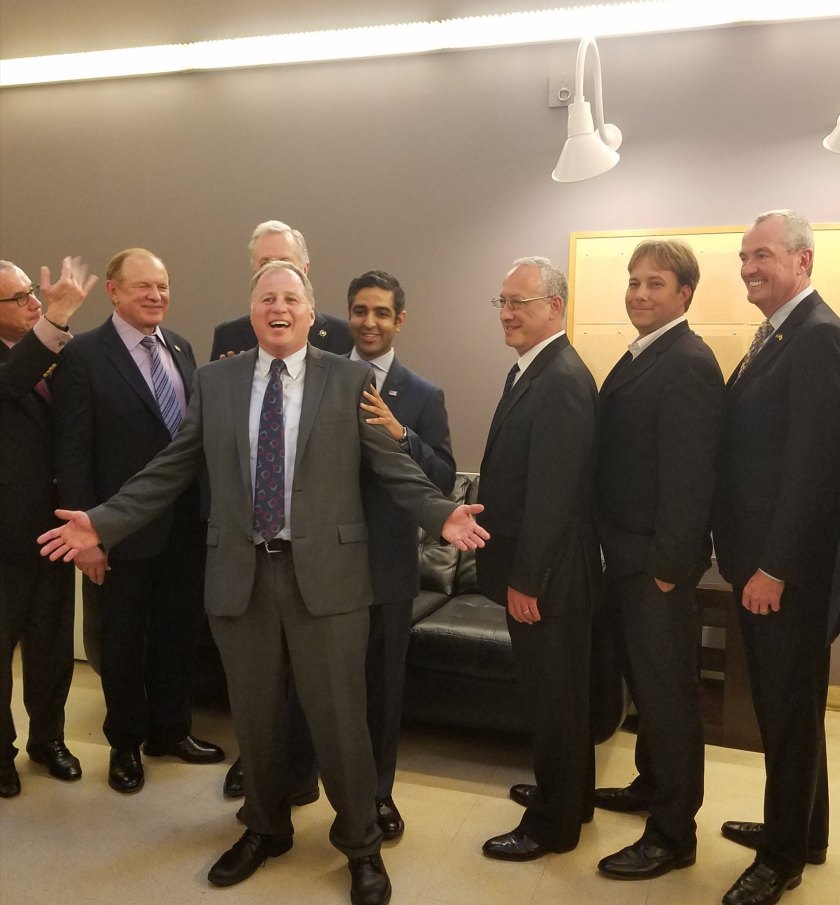 Editor’s note: This is Ben’s individual opinion, not an endorsement by Citizens’ Media TV.

I’ve heard people say that they voted for one politician or the other because they could imagine themselves cracking open a cold one with the candidate. I would never be so irresponsible as to issue an endorsement over something as trivial as a pint of beer.

However, I have to confess: when I originally met Bill Brennan, I went for the beer. It was an Our Revolution town hall in Lumberton, NJ, but I hesitate to describe anything taking place at a sports bar called Dadz Bar & Grill (with a “z”) as a town hall. I don’t want to be misunderstood; it’s not as if I was there accidentally. I knew about the town hall, but, frankly, I went for the beer.

Starting off my night, I ordered a Sam Adams Cherry Wheat, received a Guinness Blonde, and spent the first half glass confused, yet apprehensively sipping, before realizing the mistake (which was an honest one). I chose to stay with the Blonde for my second pint, avoiding a potential shock to the palate. Let this be my first endorsement: at Dadz, the draft list was impressive, and I ate some kind of shrimp taco that was incredibly tasty.

At the town hall, Brennan, a then-fifty-year-old retired firefighter and law school graduate, was animated. I was also kind of, for lack of a better term, bubbly, so I wrote off Brennan’s energy.

About a pint later, at the urging of Mark, an Our Revolution leader who wanted to hear some millenial perspectives (or something), I stood up to ask Brennan a question during a lull in the forum.

My ears were uncomfortably warm, but I managed to correctly cite a figure about job loss to automation in the next three years. Brennan launched into a brief but cogent explanation of the function and necessity of a universal basic income, which could solve some of the problems of automation. I didn’t honestly expect a politician to be able to field that question, given the context, let alone a civilian retiree. Frankly, I didn’t expect anyone to present such a specific policy proposal about futurism on the fly. I later came to learn that Bill Brennan’s official policies are even more thorough than that half-baked answer about job loss.

I then spent the next two months getting to know Bill and his fight; gradually identifying more and more with his struggle, while he and CMTV’s lead correspondent, Jeff Epstein, took me on a passenger-seat ride through the 2017 NJ Democratic primary.

Brennan, now fifty-one, was a firefighter for seventeen years. He was harassed until he retired in 2006, receiving a $1.6M settlement for his troubles but losing a job which he said he really enjoyed. The same year, Brennan graduated an associate’s program in fire science. Brennan turned his remaining credits into a social science degree, finishing a JD to stick the landing and complete his career transition, though he never became a practicing attorney. Myself, I left college with a job that I truly loved to do and was, to euphemize, dropped on my head by Big Business. I didn’t have the energy to fight back against somebody more powerful than me, and I didn’t believe I could get justice for losing my job without paying a lawyer.

When I saw Brennan’s righteous fury at the system after his complaint against David Samson was dismissed, I felt for the first time as if a citizen has power to demand fair treatment under the law. Watching Brennan disappear into the crowd at the Stockton Outcast Debate to chastise some noisy Phil Murphy-affiliated protesters (who were trying to drown out the debate sound system), I felt as if I had a chance to fight and win. In Bill Brennan, I see someone who unapologetically struggles for the things he believes in.